Beyond the Bio Featuring Stephanie Tavares-Rance

Beyond the Bio Featuring Stephanie Tavares-Rance 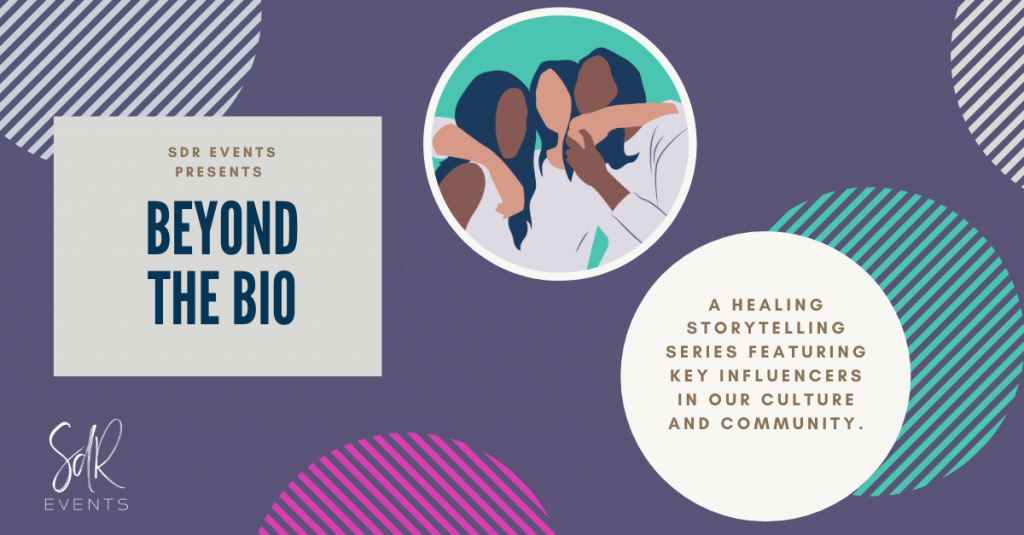 Each of us has an essential story that leads to inclusion, builds connection, and has the power to bring about change. Beyond the Bio is a healing storytelling series featuring key influencers in our culture and community. During these interactive workshops we will dive into the stories of these inspiring individuals beyond their impressive biographies. We will also engage in individualized workshops to empower your individual storytelling, to create space for healing, empowerment, and community building.

About Stephanie Tavares-Rance – Our Featured Storyteller

Stephanie Tavares-Rance began her career in entertainment after college in 1990, working in the A&R Department at SBK/EMI Records. She eventually became the A&R Marketing Director and worked on award-winning projects such as Frank Sinatra’s (Duets I ,II ), Prince, Jon Secada, D’Angelo, Gloria Estefan and a plethora of others.

In 1999, Stephanie became the Marketing Director at Larry Flynt’s CODE Magazine, a fabulous but short-lived lifestyle magazine for men of color. Her marketing impact was immediate as she created strategic alliances with top-notch celebrities and luxury brands. After CODE, Stephanie has held various executive marketing positions at fortune 500 companies.

It was at this time that she realized that her calling was in brand marketing and event planning and established the creative outlet, RUN AND SHOOT FILMWORKS, INC. with her husband Floyd.

Founded in 2002, the Run&Shoot Filmworks, Martha’s Vineyard AA film festival is one of the fastest growing film festivals in the country. Recognized for their impeccable selection of films, premiere screenings, and welcoming environment, Floyd and Stephanie have made a lasting mark in the entertainment industry.

In addition to the film festival on Martha’s Vineyard and their new festival in Denver called The Color Of Conversation Film Series, Stephanie, and Floyd have also proceeded to produce outstanding visual work for several clients including, Family Dollar, HBO, Martell Cognac, Reebok (Allen Iverson and NY Giants) and Footlocker.

Stephanie is also on the board of Sweet Blackberry- actor Karyn Parsons organization that tells black stories via films.

Stephanie was a featured speaker this past August at Georgetown University – she spoke with marketing students about the impact of social media and starting your own business.

Stephanie has won numerous awards in digital marketing and was most recently awarded a Black Woman in Media award in June of 2018 for her work with the film festival and supporting the works of people of color. The film festival on Martha’s Vineyard is an Academy Award accredited festival in the shorts category.

Cynthia Johnson is the owner and founder of Johnson Adjusting & Mediation Services (JAMS, LCC); an emerging dispute resolution and property damage appraisal firm, servicing the South Florida community. She is a Florida Supreme Court Certified Circuit Civil Mediator and property damage appraiser. Cynthia is a minority entrepreneur and an engine for social and economic growth in her community.

Cynthia has over 15 years of experience in the insurance industry with heavy hitter corporate insurance companies. Her career started as a frontline adjuster handling auto and property claims, which led her to field adjusting, and then managing a team of adjusters across 7 southeastern states. Ms. Johnson has handled a large number of business and personal claims for insurance, ranging from minimal damage, to exposures well into a million dollars. As corporate representative in numerous insurance mediations, Cynthia successfully negotiated settlements and mediations among first and third parties at a rate of 85% and also served as corporate representative in depositions and trial.

She is a Florida resident, by way of Colorado, North Carolina, Maryland, and Texas. (yeah you guessed it! She’s was a military brat born into a West African/Liberian family of 8!). Johnson holds a Bachelors in Political Science from Colorado State University and Master of Arts in Organizational Management from Ashford University. She is an avid supporter of the National Museum of African American History, Feeding South Florida, a member of Antioch Baptist Church, and a proud member of Alpha Kappa Alpha Sorority, Incorporated in which she volunteers monthly via partnerships.