Beyond the Bio feat. JoFoKe | Singer, Songwriter, and Artist

Beyond the Bio feat. JoFoKe | Singer, Songwriter, and Artist 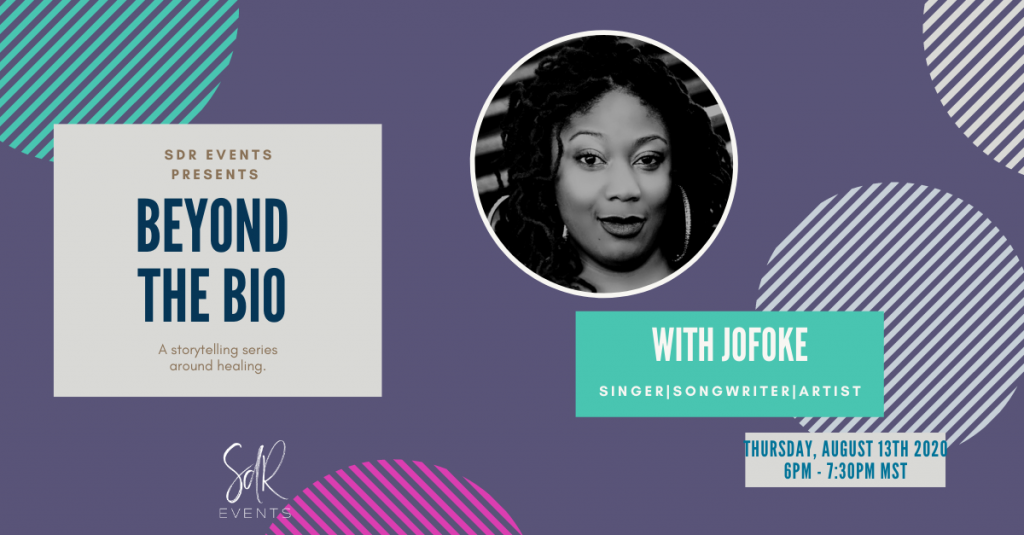 Each of us has an essential story that leads to inclusion, builds connection, and has the power to bring about change. Beyond the Bio is a healing storytelling series featuring key influencers in our culture and community. During these interactive workshops we will dive into the stories of these inspiring individuals beyond their impressive biographies. We will also engage in individualized workshops to empower your individual storytelling, to create space for healing, empowerment, and community building.

About JoFoKe – Our Featured Storyteller

JoFoKe is a multi-genre singer-songwriter with Grammy nominations and a Dove Award win to her name as a contributing vocalist. A Denver native, she earned her Bachelor’s of Arts in Music: Technical Voice from Fisk University, a historically Black college in Music City USA: Nashville, TN. JoFoKe (pron: Joh-Foh-Kee) can be found performing as a solo artist, with her band “aNem (and them)” and duo project with Solomon Chapman, “SoJourn”. In addition to the aforementioned projects, JoFoKe is a highly sought after session vocalist, writer, vocal producer, director, clinician and performer.

When performing, JoFoKe uses her platform to advocate for suicide prevention and to #RemoveTheStigma attached to mental illness. A mental illness battler and suicide attempt survivor herself, she proclaims that, every time she lifts her voice, she is singing for her life! Her forthcoming debut single, “Count (Joy)” has become an anthem for audience members. As a result, she and her sister, Stacie Alexander founded the ‘Count Joy Network’. CJN works to raise awareness about mental health issues and connect and expand access to treatment primarily in the Black community. JoFoKe and her network are committed to connecting each fighter to the resources they need to live, love, fight & count joy FOR THEIR LIVES.